The Township of Stisted lies west of the town of Huntsville and is one of the northern tier of townships in the District of Muskoka. It is comprised of 14 concessions of 33 lots each and was named after Major General Henry W. Stisted, senior military officer and acting Lieutenant Governor of Ontario at the time of confederation.

The township was surveyed in 1868 and 1869 with the first settlers arriving c 1870. According to the 1871 census, 27 individuals lived there at that time, mainly in the Aspden area then known as the "Stisted Settlement". Considerable growth was experienced up to 1885 and the communities of Hoodstown, Aspden, Yearley, Ashworth and Ilfracombe sprang up, The death knell for the township came when the railway went through Huntsville and not up through the centre of Stisted to the village of Hoodstown in 1885. Stisted was settled under the Homestead Act of 1868 and to receive a deed a certain number of acres of land had to be cleared and in production. The township like many other rural townships saw slow decline up to 1970 as many families left for either northern Ontario, the northwest and later to the cities for better opportunities for employment.

This article first appeared in the November 1985 newsletter, Volume 1 - Number 2 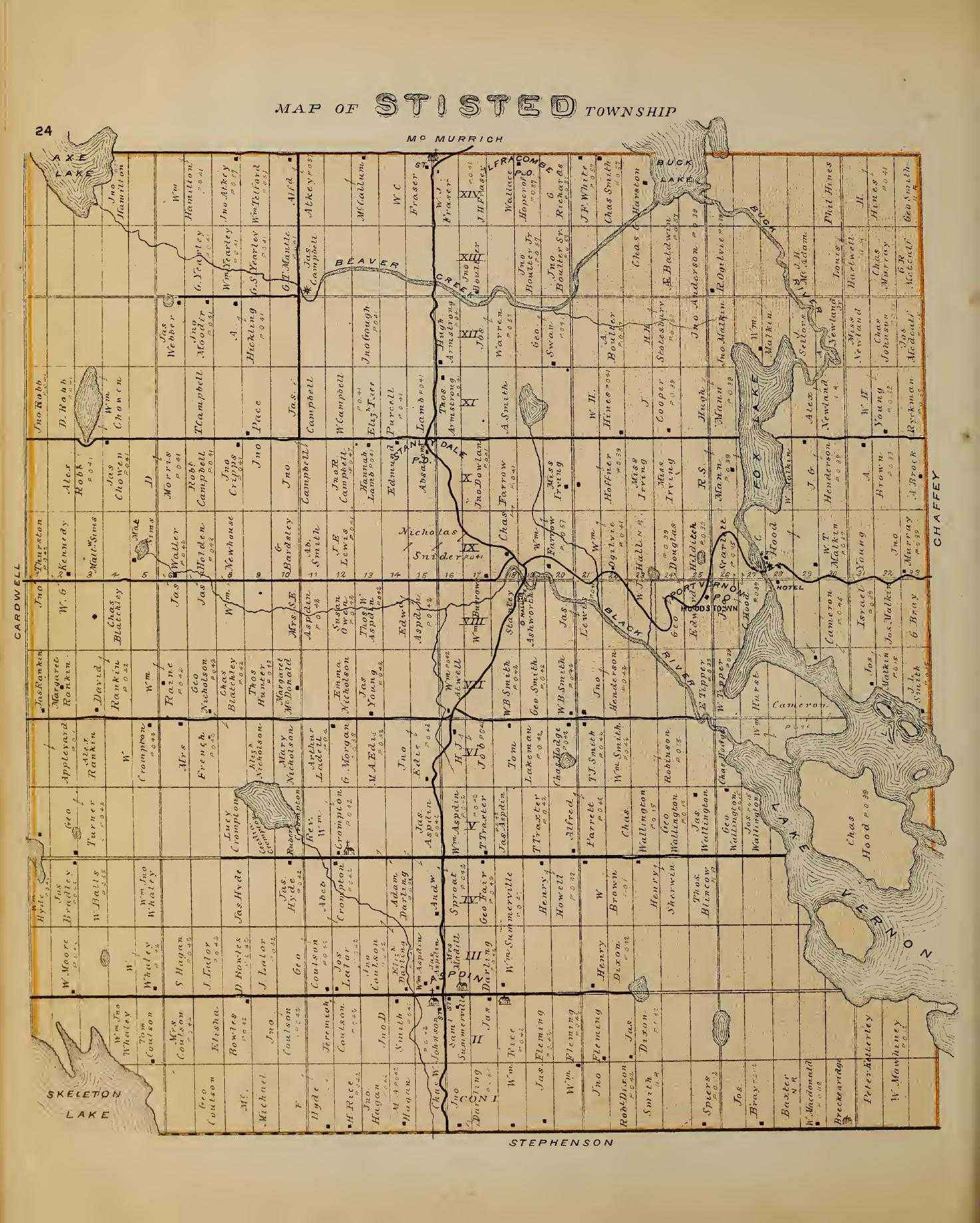