The Township of Carling is situated on the eastern shore of Georgian Bay, northwest of the Town of Parry Sound. It was surveyed in 1873 by James Bolger and named for the Honourable Sir John Carling, president of the noted Caning Brewing and Malting Company. He was also an MPP for London, Ontario in the 1860s.

The Proclamation Date for the township was 29 May 1897. David McFarland was elected Reeve. Council members were Alexander Alves, Francis Dillon, John Buchannon and David McFarland (the younger). James Crerar was the clerk. The first meeting of the Council was held at No. 2 schoolhouse on 5 June 1897.

One of the early settlers in the area was Arthur Hailstone who purchased property in Carling Township in 1873 for $40. The following is taken from a letter he wrote describing the life and times of a pioneer in the Parry Sound District.

"During the winter of 1873-74, we worked in the woods lumbering, and during the winter we earned enough money to pay the passage of my mother and four brothers and two sisters and we obtained what was called assisted passages which meant that after three months residence in Canada, a refund of $6 on each ticket was made and by that means we were in possession of sufficient money to buy our winter's flour.

"We had to be very economical in our living, as wages were small and the necessaries of life were rather high but with industry and frugality combined we were soon in easier circumstances.

"Now I would like to record a few things in regard to this part of Canada known as Parry Sound District. I consider that there is not a better place for a man with limited means in this whole Dominion. Work was always to be had and at wages as good as those paid anywhere in Ontario. This District is noted for its superior quality of mutton and also for its fine grazing land for any class of stock the farmer owns. . . there is always an abundance of both feed and water. . . always food to be had for winter feeding if a man uses common sense. There are beaver meadows all through this north country and these can either be used as marsh land or drained and become the most fertile of land as the muck deposit in these flats are generally heavy varying loam, one to three feet in thickness. In our own experience, having a large quantity of this low land, we have raised eighty bushels of oats per acre, forty-two of Marquis wheat, four hundred and twenty bushels of potatoes, and other crops to correspond with this.

"The greatest drawback is the want of better roads. The Statute Labour system is not a success as has been proved, the work done in this way being of a decidedly temporary nature. The Government of Ontario has been fairly liberal in the grants made for this work, but unfortunately the money has not been wisely spent as whichever party has been in power, there has been favouritism shown to the detriment of the roads.

"Now in conclusion, that if anyone should come here with the idea that the world owes him a living without an effort on his part, he will be badly fooled, but anyone possessed of energy and ambition and wanting to obtain a place to call his own and make a success of life, even though his means are limited, he will be welcomed by the residents of this part of His Majesty's domains."

This article first appeared in the April 1986 newsletter, Volume 2 - Number 1 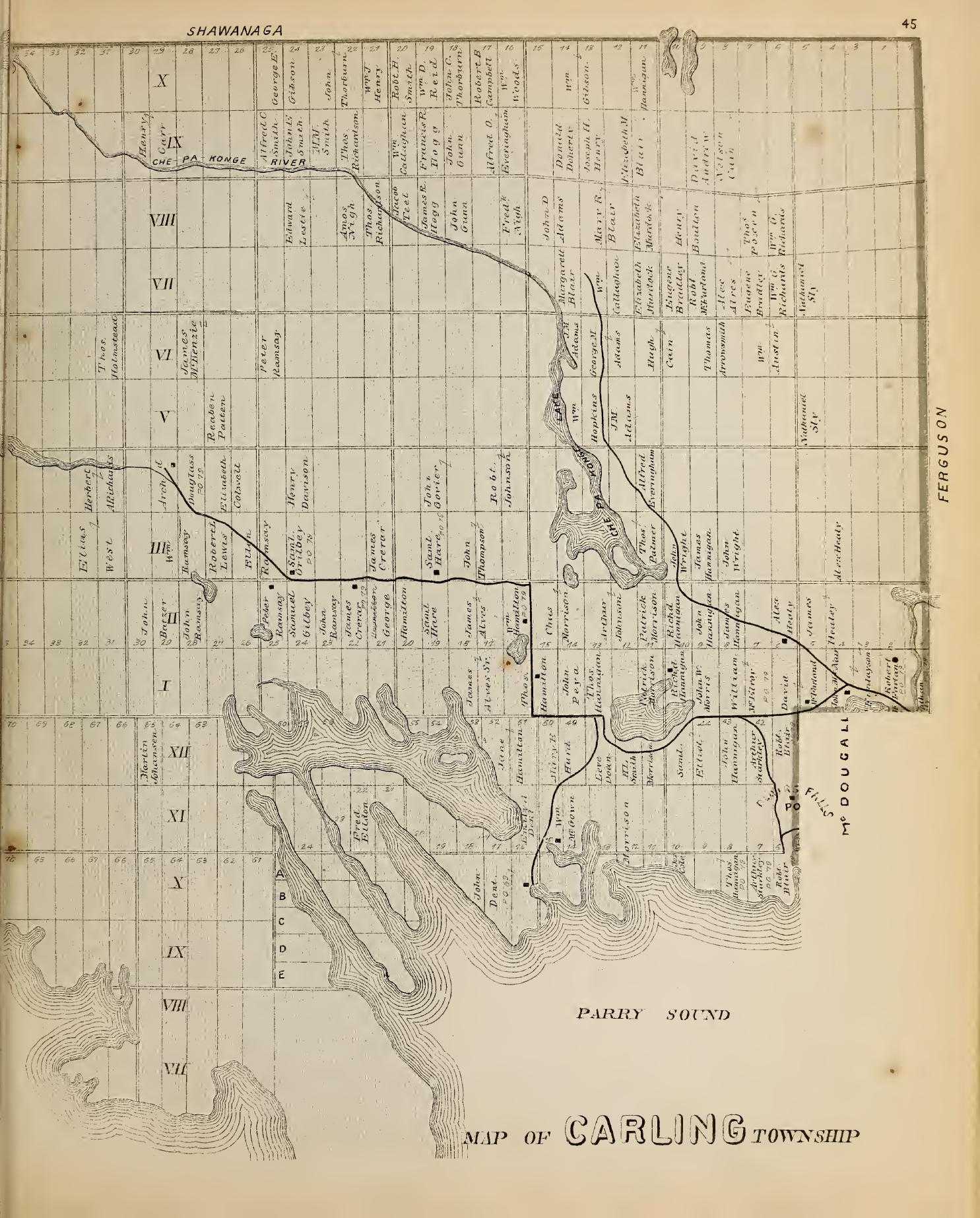