Some of the area in north east Parry Sound District was surveyed in 1862 by a party from Eganville including John McMullen, his two sons-in-law, John Beatty and Edward Floyd, and John Jessup. In 1864, John Beatty and his wife returned to be the first settler in this northern district. In 1876 when Charles Chapman P.L.S. was commissioned to survey Himsworth Township there were no settlers in the area east of the Nipissing Road. The Nipissing Road was surveyed in 1866-67 and construction was begun in 1870 on the sixty-mile road from Rosseau to Nipissing through bush, swamps, black flies and mosquitoes. Charles reported that the condition of the road held him back for weeks! Many of the early settlers of South Himsworth traveled via this road. The railroad reached Barrie in 1867 but did not reach Gravenhurst until 1875. Most travelers set off from Rosseau, which could be reached by steamer from Gravenhurst. Families often trudged on foot beside a jumper or crude sled drawn by oxen. Immigrant sheds had been set up at Rosseau for families who wished to wait for their men folk to at least get a cabin built.

It is reasonable to claim that David Purdon was the first to clear land in 1877. The Purdon family had settled at Macdonald's Corners in Lanark County in 1821.

BARRETT SETTLEMENT located on the boundary between Gurd and Himsworth Townships, on the sixth Concession, Lot 27, and straddling the "Barrett Road" from Commanda was the earliest centre supporting the early settlers. The Corkery, Weiler, Fischer, Hummel, Barrett, Kelly, Geisler, Sloman, and Conrad families had farms grouped around the Barrett Road Settlement. The first mass was held in June 1877 at James Barrett's home, celebrated by Bishop Jamot of Bracebridge. A post office was opened in July 1879 with James Corkery and then Thomas Corkery were postmasters until the office closed in 1896. A school was built in 1884 on Lot 33 Con 6 called S.S. # 2. A log church was built in1883 on Lot 37 Con 7 and a cemetery started. The remains of a six foot commemorative cross which was erected in 1967 stands in this abandoned cemetery in long grass and weeds. At least two river drivers are buried here. Near the abandoned cemetery sits a huge pile of stones. The priest asked the farmers who were clearing their land to bring stones for a church. The church was never built. When the railroad came through to the east of Trout Creek, it was the end of the Barrett Settlement. By 1896 after the post office was closed, the settlement had ceased to be the centre of the community.

This information has been taken from a centennial history of South Himsworth Township: "The People of South Himsworth" Published in 1990. It is available at the Township Office, P.O. Box 159, Powasson, Ontario P0H 1Z0. 137pp. Not indexed. Cost $30.00 plus $5.00 postage. This book is full of wonderful old photographs. 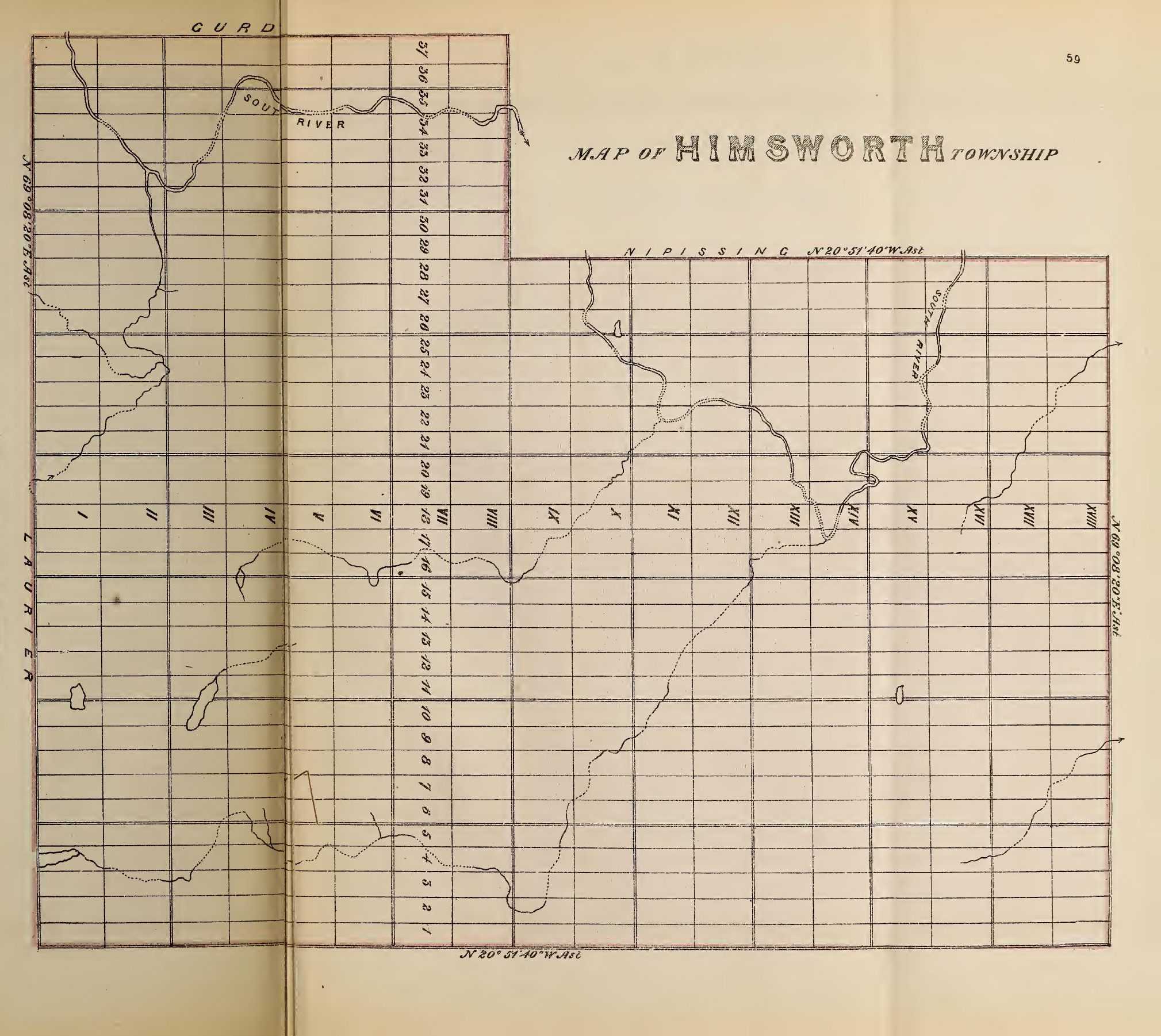